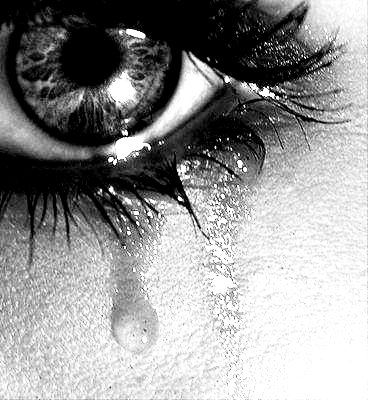 I had a dad once when I was a little girl

He would take us to the beach

We would play with sand and swim all day

He liked to read his books and spend time alone

Sometimes he yelled but we were too scared to speak

In those days parents could smack you so you became meek

He loved his classic music piping through the home

I tried to dance like a ballerina around the room

Hoping he would notice my crazy dance steps

He would sometimes smile but I knew he didn’t see

His book was more interesting than silly little me

Our house looked over a gully  a streaming creek

We made mud cakes, caught tadpoles, treasures we seeked

The bush was wild it went for miles, hidden caves, water falls and trees

Full of lizards, frogs, creatures, snakes, we were so free

Mum thought we played just down the road

One day when I was ten the world did change

We wondered why he had to go

Mum soon told us there was a woman

She worked for him he was transfixed

To him she was all that he missed

One day we met her she seemed quite nice

Then her true colours came about

She played some games she was not nice

Using words that worried us much

We began to feel we couldn’t trust

We went inside our shells so deep

Not being natural we had to sneak

Our true feelings of love we had to hide

We were young we didn’t know we couldn’t speak

We didn’t have the words we only had our pride

I was 16 when she kicked me out

I had to go and find a flat

I had nothing, no phone, no tv, not a home

Winter was hard it was so cold

The water would drip along the wall

I wore my clothes to bed it was a bore

At night I shook with fright

Feeling so alone I shivered all night

A friend helped me, she moved me out

Then a few years later my dad said come home

Then she said you will need to do some chores

The cleaner cleaned the house and my brother’s rooms

But not mine she said you must earn your keep

I only wanted to be liked so I agreed

She would have little talks she knew how to twist

The words around so you felt so sick

One day I packed my mother would come

I had to leave I felt so glum

She came inside my room that day

She demanded I clean I was dismayed

She carried on, spoke bad words, she wanted more

I turned at last, I had to be heard

Look here I said you had your way

I don’t like you I never did, you say so much Im just a kid

You’re a liar, a fraud a lying bitch so just go away

She hated this, her eyes did glare, she kicked and hit me where I lay

She spewed out words so much hate

Her vicious beating did not abate

I managed to push her with my feet

I ran upstairs and Dad I seeked

I sobbed the story of what she did

She attacked me she is so rough

While this went on she threw out my stuff

She sweared and yelled she spoke in tongues

He dragged her forward and begged she say

An apology for this horrid day

She muttered words and took a swipe

She missed my face I was in fright

In a shock I phoned my mum

She had to work but soon arrived

We went to hospital they took the tests

I had internal bruising I was a mess

My mother cried she was so good

She stood by me as she always would

She told that bitch to bugger off

I was just a girl to face the world

This was just one experience I had to endure

There would be many many more ….

This could be a book so much to tell

My  stories of my little hell……

Find me on Social Media

Thank you for taking the time to comment, much appreciated. Cancel reply

This site uses Akismet to reduce spam. Learn how your comment data is processed.

Because poetry. And petals.

Roaming the world with the Keys - travel, food, photography, and other things along the way!

The A to Z of Travel

Welcome to my travel blog! The A to Z of Travel has been designed to provide my fellow travellers with authentic advice in relation to the destinations that I have explored so far. Check out the links below and hit the '+ Follow' button at the bottom right of the page to subscribe!

Dawn to Dusk! I try to cover as many as topics I could relate to.